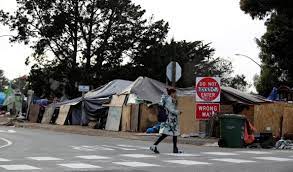 With homelessness encampments encroaching upon public spaces, local governments are looking for creative ways to resolve this issue.

In Martin v. Boise, the Ninth Circuit Court held that “the Eighth Amendment prohibits the imposition of criminal penalties for sitting, sleeping, or lying outside on public property for homeless individuals who cannot obtain shelter.” It did not establish a constitutional right to occupy public property indefinitely at Plaintiffs’ option.

In Miralle v. City of Oakland, the U.S. District Court considered the narrow question of “whether the Constitution forbids the City from making difficult decisions it judges to be in the best interests of all its residents by implementing a policy it believes appropriately balances the important individual and community rights implicated by encampments on public land in Oakland.” Plaintiffs’ temporary restraining orders preventing the City from removing them from an encampment were vacated and the preliminary injunction denied. The City’s policies and procedures for removing the homeless from their encampment comported with the Eighth and Fourteenth Amendments, because the City provided advanced notice of removal, alternative housing, and assistance with removing personal items and storage thereof. As such, Plaintiffs could not demonstrate a sufficient likelihood of success on the merits of their claims.

These cases leave open the question of how individual municipalities should handle their own unique homelessness situations. None of them grant the homeless absolute rights to occupy public spaces for an indeterminant period of time. What these cases essentially do is provide parameters for municipalities to temper their own policies and procedures for the relocation of homeless encampments, and taking into the consideration these individual’s Constitutional rights of their own possessions no matter how insignificant they may seem to the average individual.

The availability of alternate housing, providing notice to individuals who will be relocated, providing storage for the property of individuals who are being relocated, and information on how to obtain their possessions at a later time are some of the key elements to protecting the homeless community’s Constitutional rights.