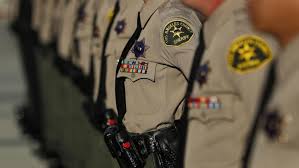 In the world of public employment and the labor negotiations, the memorandum of understanding (MOU) between the employer and bargaining unit is a valued and protected document.  Indeed, many MOUs contain a “zipper” clause.  This prevents either the employer or employee group from attempts to reopen the agreement during its term.  The point, is that both sides want finality and labor peace during the run of any MOU.  So, what does past practice have to do with this concept?

Past practice is a method of establishing the terms of an MOU which are not physically in the document.  In other words, “an existing and acknowledged practice affecting conditions of employment has the same dignity as an existing agreement…”   What does that mean to the public employee?  If the employer and employees conduct themselves in a certain manner for a period of time, changing that conduct by one side (employer or employees) may be a breach of the labor agreement, and subject the party to an unfair practice charge before Public Employment Relations Board (PERB).  No one wants that.

An example of such an issue was decided just this year.   The Fresno County Deputy Sheriff’s Association (Fresno DSA) filed a grievance regarding a change in practice by the County (Sheriff’s Department) in the way deputy assignments were made.    It had long been a practice of the Sheriff to place deputies on special assignment and once so assigned, deputies remained in such assignments.  However, the Sheriff began eliminating special assignments, and reassigned deputies to patrol duty.  The Fresno DSA filed a grievance on the basis of past practice and were successful.   However, the matter eventually made it up to the Court of Appeal for the 5th District which reversed the lower rulings.  The reasoning was that a “past practice” cannot change the actual terms of the agreement and in that case, the MOU contained a Management Rights clause which specifically gave assignment and reassignment rights to the Sheriff.

A past practice is an important concept, having the same dignity as a written agreement.  So, employees and employers should care how they conduct themselves.   They also need to know the limits of this concept.

California Propositions Are Their Own Beast!