No More Thumbs Up on Social Media 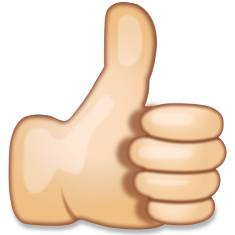 No More Thumbs Up on Social Media

On September 18, 2020, Governor Newson signed Assembly Bill (AB) 992 into law. AB 992 amends the Brown Act's provisions concerning serial meetings by addressing, for the first time, the use of social media by members of a legislative body. AB 992, which amends Government Code section 54952.2, clarifies what kind of communications a public official may have on social media and what communications are prohibited.

AB 992 clarifies that a public official may communicate on social media platforms to answer questions, provide information to the public or to solicit information from the public regarding a matter within the legislative body’s subject matter jurisdiction. However, the latter types of communications are only allowed as long as a majority of the members of the legislative body do not use any social media platform to “discuss among themselves” official business. According to AB 992, “discuss among themselves” includes making posts, commenting, and even using digital icons that express reactions to communications (i.e., emojis) made by other members of the legislative body.

AB 992 encompasses activity on many types of social media platforms, including, but not limited to, Nextdoor, Snapchat, Instagram, Facebook, Twitter, blogs, TikTok, and Reddit. That means it could affect social media commenting, retweeting, liking, disliking, responding with positive or negative emojis, and/or screenshotting (photographing) and reposting.